A few of my favorite books ... and more.

A while ago, my friend Charlene Newcomb tagged me in a post for favorite historical fiction. Like Char, I have elected to ignore the "historical" part, as that would be very limiting indeed (generally speaking, when I want to read history, I'll read a history book).  This seems like an appropriate way to christen my blog, so here goes:


A Journey to the Center of the Earth I was introduced to this story through the 1959 movie with James Mason, Pat Boone, and Arlene Dahl. The mystery of the endless discovery of the underground compelled me (and the dimetrodons didn't hurt). I was shocked when I read the original novel by Jules Verne, and discovered that it did not have dimetrodons, or Scottish professors, or romance, or even a bad guy. But it did have that same sense of adventure and mystery, and like the film, set up in a young boy's mind the idea that science was COOL, that the true pioneers were pioneers of the mind, and that just about anything was possible if you didn't set your mind against it first. I have collected this novel (the only one of Verne's that didn't come true, ironically) in a number of formats and translations, and it never gets old.

The Chronicles of Narnia

My mother read this to me before I could even understand what the story was about. We read it aloud as a family more times than I can count. The story grows richer every time.

The Lord of the Rings

This was not so much formative in my life as it was foundational to my lifestyle. As the author of an epic fantasy novel (with several more in the making), I cannot help but acknowledge my indebtedness to the master of worldbuilding. He showed us the way.

The Thrawn Trilogy by Timothy Zahn. This series got me hooked on Star Wars in a way that the films never had. It also led to one of my longest lasting hobbies. I read Dark Force Rising first, because it was cheap at a used bookstore. I was so enthralled by the twists and turns and jaw-dropping ending that I then went straight to a "real" bookstore and bought every other Star Wars novel available at the time, including the Zahn trilogy in hardback. My life has never been the same since.


Prophecy of the Heir 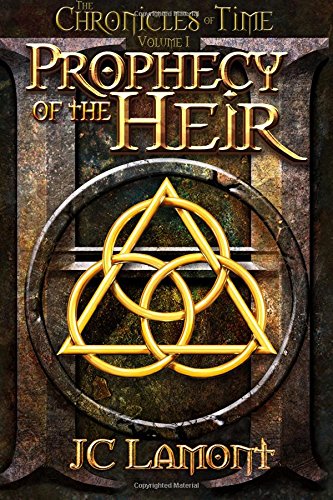 This book led me to my wife, and changed the way I read the Bible. It is powerful and unique, and almost impossible to describe. A blend of fantasy, history, apologetics, and spiritual warfare, it simply must be experienced.

Spreading the love (and tagging five others):

Bid the Gods Arise (The Wells of the Worlds, #1)

Reviews for Bid the Gods Arise